Street painting has a history that spans over hundreds of year, where by 1890, there were over 500 artists making a full-time living from pavement art in London alone. Since this time, street painting festivals have been organised around the world, in celebration of this art-form. These festivals combine the passion of artists with crowd appreciation, a perfect way to celebrate this dazzling art form. Using the pavement as a canvas & latex paints as the medium, the large inspired pieces literally unfolded at the feet of spectators. 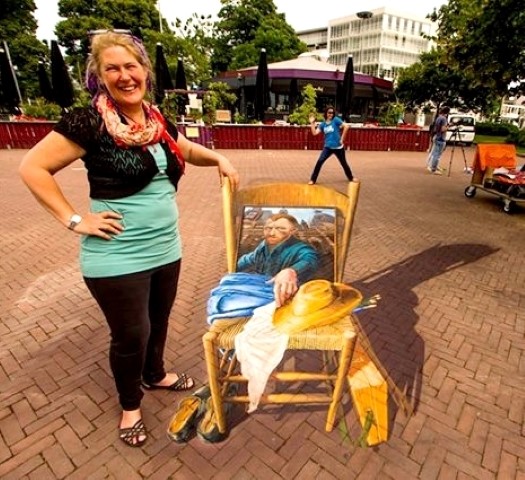 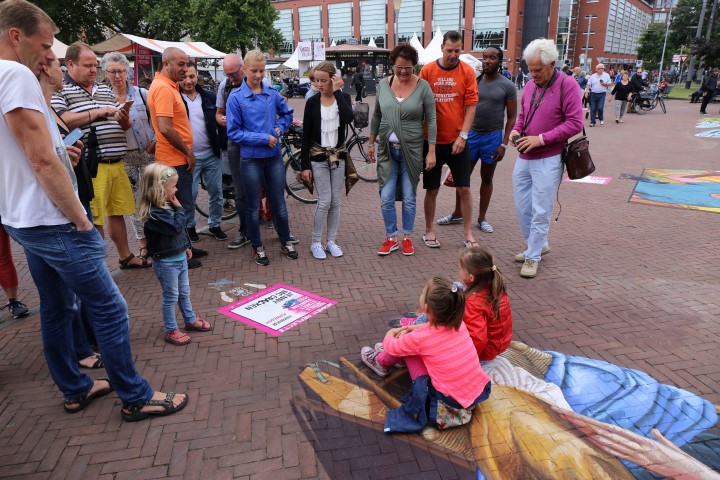 Jenny’s creation included a modern twist that won the eye of the judges and first place in the competition.  Rather than reproducing classic Van Gogh, Jenny created a more contemporary muse for her pavement painting. Her piece ‘Arnhem Reflects’ depicted Van Gogh getting ready to paint a self-portrait, and included key elements recognised in his works, as well as incorporating a reflection of Arnhem’s Music Concert Hall.

Jenny commented when accepting her win was that it gave her ‘great pride in drawing within the rich strong culture of Arnhem, in honour of one of the world’s most inspiring artists’.   The judges from Arnhem City Council and Arnhem Museum chose Jenny because of her concept, effectiveness of 3D technique, composition, colour and interactivity. 2nd prize was awarded to Roberto Carlos Trevino Rodriguez (Monterrey, MEXICO) and 3rd prize to Ruben Poncia (Utrecht, NETHERLANDS). 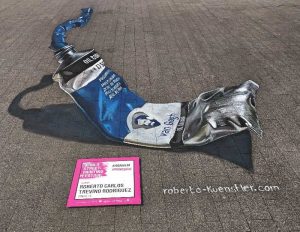 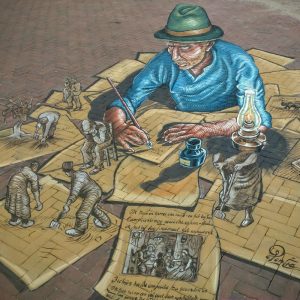 The completed artworks will be preserved by the City of Arnhem for the whole of summer, as an open-air gallery as part of their seasonal attraction.

This is Jenny’s 4th International title having won previous world street painting festivals in Germany, Italy and Australia. Jenny’s incredible talent has set her up on the world stage of being a sought after professional street artist.

Jenny McCracken will produce 3D masterpieces at ‘Strand Ephemera’ in Townsville between 31st July – 9th August, which will The Strand transform into a 2.2km exhibition space for some amazing artworks. Jenny can then be seen again at the 2015 Brisbane Festival in September.