GC2018 “Heights rarely seen” is an exciting 3D illusion created by Zest artist Anton Pulvirenti.  The 3D artwork was created in our Sydney studio for Habitat Media, it was unveiled at a Surfers Paradise launch event in January. The artwork will travel Australia as part of the promotional activities in the lead-up to the Games. 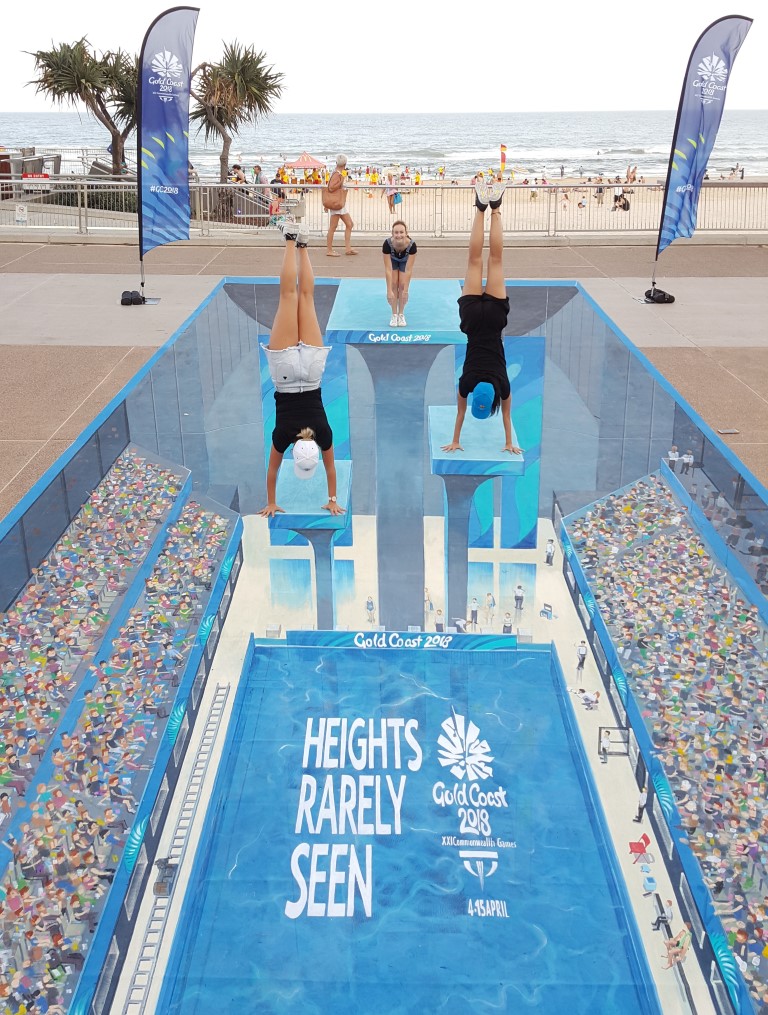 Australian diving silver medallist, Brittany Broben was part of the crowd at the Surfers Paradise launch event in January where the artwork was unveiled.

“It’s giving people an opportunity to get more involved in the Games with only 14 months until the Opening Ceremony” Broben said. “Social media is huge these days so something like this is great and gets people more involved. It looks really good!”

Crowds posing for photos on the 3D diving boards proved a fun and interactive way to get people excited about the Games to be held at the Gold Coast in 2018. Check out some of our other touring 3d artworks and how we have worked with clients like FOX Sports and Metro Tunnel @ White Night on their launch events.